An outline for world poverty and hunger essay

Relative poverty is a type of poverty that affects the lives of people at all levels. For example, relative poverty in a nation means some citizens are poor while their neighbors are rich.

In absolute poverty, it means the entire nation is poor. Absolute poverty transcends all the boundaries. Everything is poor, starting from education, food resources, housing, among others. Singer suggests that the world can overcome absolute poverty.

The achievement is through redistributing resources and processed food worldwide in equal measures.

A focus on how to end world hunger essay

He suggests industrialized nations like the USA have more food for their people. They give excess food to animals than people in need. He feels that the extra food given to animals is a waste that could aid other needy people worldwide.

If such food gets redistributed to other areas, then absolute poverty will reduce. Singer claims that rich countries are not distributing excess food. They thus promote absolute poverty in underdeveloped countries. He states that every person living has a role to play.

Singer points out that allowing an individual to die is not different from killing. It means those who have the capacity but don’t bother to help end suffering and loss of life are murderous.

A contradicting statement says killing a person and spending on luxuries are different. In killing a person, you must have the motive and the need to see that person dead.

No similar comparable characteristic exists in these two people. Their actions aren’t the same. Singer still urges that this case is a commonsensical belief. He gives evidence of speeding motorists. They usually have no intentions of killing but to enjoy high-speed drives. They don’t care about the repercussions and results of their actions.

Singer insists that those who kill via cars need no blames but severe punishments. Though they don’t have intentions to kill, they drive at high speeds, which causes accidents. Their actions lead to death, and so they need to be responsible for it. In the same scenario, people spend on lavish things than saving lives. If death occurs, they should be accountable for it.

Singer urges his points using the comparative moral significance. He says if a person can’t stop a fatal thing from happening and he can, then he has done it. He says if you watch a child drown in a pond and do nothing, then you have murdered.

According to world hunger problems and solutions essay, property rights by Nozick Robert are opposing arguments on Singer’s statement. According to the view, one has a right to massive property ownership. The ownership is at the expense of the starving individuals. The provision is that the person didn’t use unfair means in acquiring the wealth. Nozick is against the belief that the rich must give a helping hand to the poor. He says it’s voluntary and not a must to help. The poor don’t have the right to get help from the rich.

According to Singer, the theory is invalid. He says that when it turns to involuntary helping the poor, the rich will not offer help. Their lives are perfect. They won’t see the need to provide a helping hand. The lifeboat analogy by Hardin says rich countries are like travelers in a crowded boat. The boat in the sea is full of people who are drowning.

If you attempt to save the drowning people by returning them in a boat, they may get overwhelmed by weight. They will all die. It, thus, becomes essential to learn to survive as a lone ranger.

Fighting poverty in the world is a collective responsibility. Play your part using the above how to end world hunger essay outline to make a perfect paper. 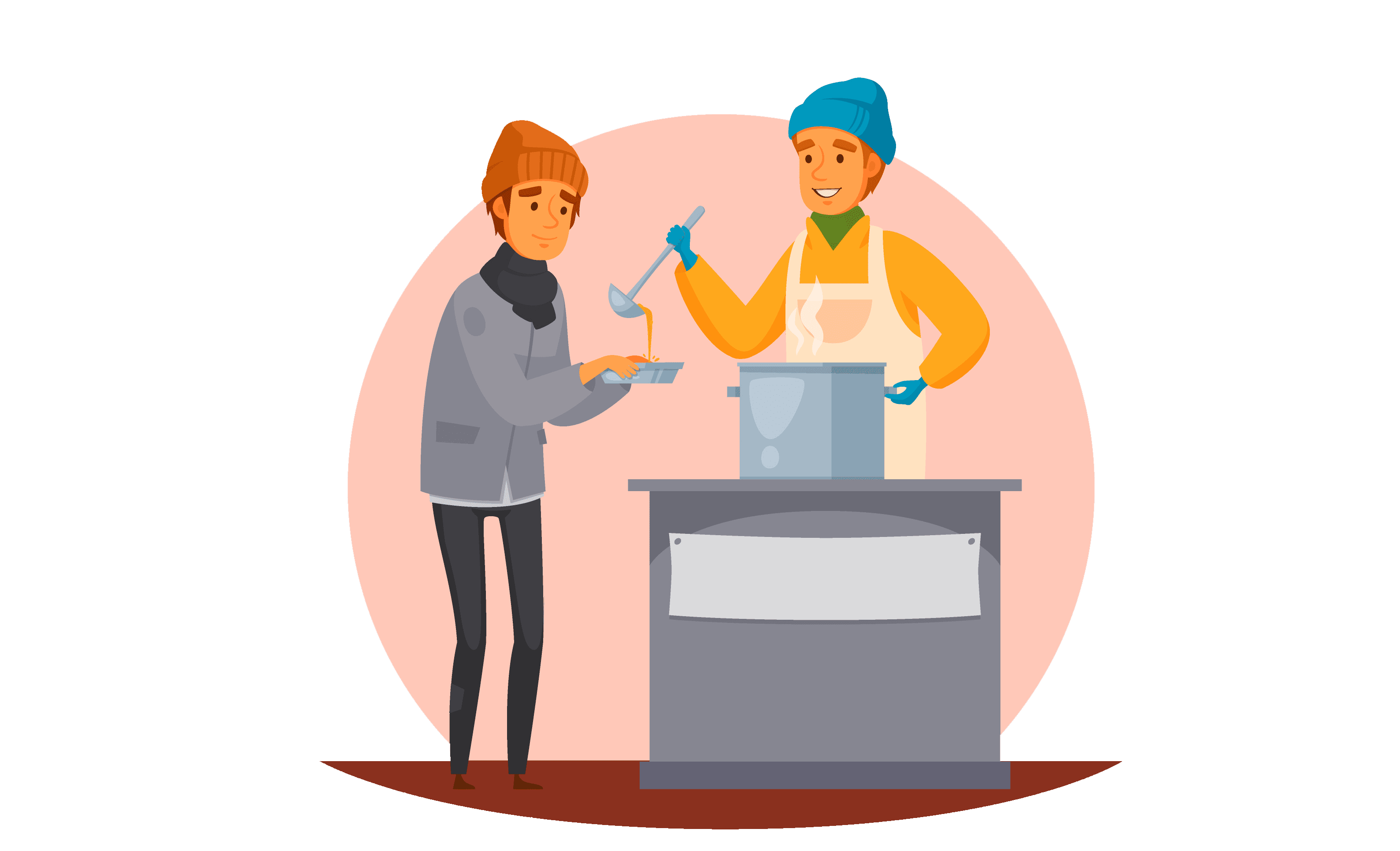